On September 15th, the last day that the Federal Communications Commission accepted public comments on Net Neutrality, the idea that no company should be able to discriminate against users online, the CAP Comcast campaign and Media Mobilizing Project, in collaboration with Free Press, held a rally against Comcast’s dominance over our right to communicate. Over a hundred people brought the struggle to right in front of Comcast’s corporate headquarters in Center City Philadelphia. The rally – which was livestreamed to the Federal Communications Commission’s front door, tied together a number of important ways Comcast impacts our everyday lives.  Comcast’s control over our communications and our city allows them to raise rates, to not pay taxes that could help our city budget, to buy political influence, and to treat customers with disdain. Comcast’s proposed merger with Time Warner Cable Inc., its largest competitor, will allow them to control even more of the ways in which we connect and communicate. And Comcast claims it supports Net Neutrality, but many believe they only abide by it because they are legally bound to do so as a condition of their last merger with NBC Universal.

The rally’s various speakers attested to these concerns. “A free internet is one of the most powerful conduits for freedom of expression and freedom of the press. It is the fuel for innovation in social justice,” said featured speaker Chris Rabb, a media studies scholar based out of Temple University.

“Everyone deserves to use media, to have their stories told, and to have their voices heard,” added MMP Co-Executive Director Brya n Mercer, prior to explaining a parallel between current corporate dominance of the free internet and the corporatization of radio in the early 20th century.

The rally was also widely covered by local press outlets, including the Philadelphia Inquirer, City Paper, Newsworks/WHYY, CBS, and The Declaration. A photo from the rally also accompanied a New York Times editorial addressing Comcast’s response to critics. 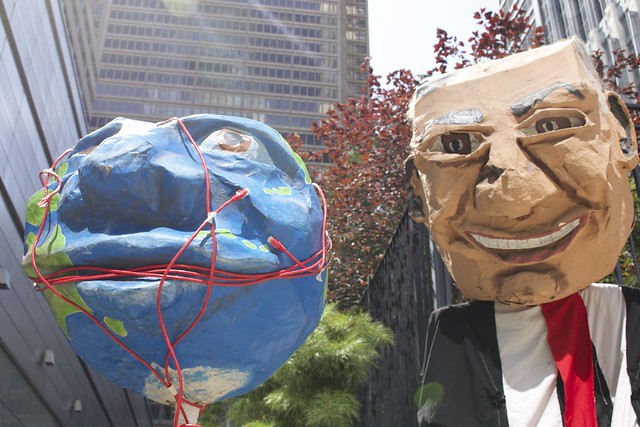